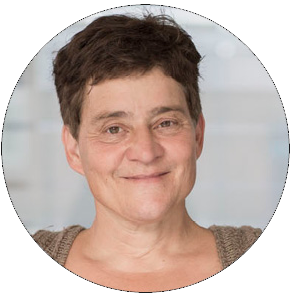 Achievement and Future Perspectives for the Early Intervention in Psychoses

Professor Merete Nordentoft played a leading role in developing and implementing early intervention services in Denmark. She was the president of the International Early Psychosis Association from 2012 to 2014.

She is an expert in epidemiology, suicidal behaviour, psychopathology and early intervention in psychosis. She has been the principal investigator for many large randomized clinical trials, evaluating the effect of psychosocial interventions, of which the Danish OPUS trial (specialised assertive intervention in first episode psychosis) is the most well known. She has led the process from research to implementation of early intervention services all over Denmark. Professor Nordentoft has worked with suicide prevention at a national level since 1997 and together with a group of epidemiologists from Nordic countries, she has demonstrated that life expectancy for people with schizophrenia is 15 to 20 years shorter than in the general population. In addition, Professor Nordentoft is involved as one of the PI’s in iPSYCH, the Lundbeck Foundation Initiative for Integrative Psychiatric Research, which aims at investigating genetic and environmental causes of mental disorders. She initiated the Danish High Risk and Resilience Study VIA 7 in which 520 children with parents who have schizophrenia or bipolar disorder, or none of these disorders are included. Professor Nordentoft was given the prestigious awards “the Golden Scalpel” in 2007 and “Global Excellence in Health” award in 2012, and Kirsten and Freddy Johansens award in 2015. She served as a member of the Danish Medical Research Council from 2005 to2010 and served as consultant for national research programs in Sweden, Norway, Ireland and Singapore. She was leader of the task force developing treatment guidelines in schizophrenia in the National Board of Health. She has supervised a large number of Ph.D. students and is the leader of Danish Psychiatric Research Program. Professor Nordentoft has authored 300 papers, 10 books and a large number of book chapters on psychosis and suicide.