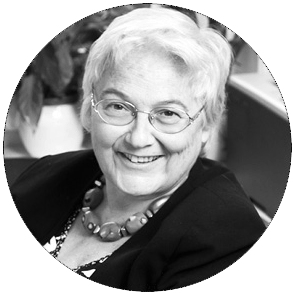 Time is of the Essence in Eating Disorders

Professor Janet Treasure, OBE PhD FRCP FRCPsych, has specialised in the treatment of eating disorders at the South London and Maudsley Hospital and also has had an academic career Kings College London for the majority of her career. The unit continues to be one of the premier European academic centres for eating disorders. In our innovative approach to training and treatment we have adopted the newest technologies including iPODs, DVDs and web based as part of our interventions. She   has spearheaded introducing recovered patients and carers into the audit and development plans for our clinical service and also in the delivery of training for professionals, carers and patients.

She was made a Professor of Psychiatry in 2000. In 2013 she was given an OBE for her work in eating disorders. Her research that has led to greater understanding of, and better treatments for, anorexia and bulimia. .Much of her research focussing on the development of new treatments has been carried out collaboratively with, and often inspired by patients and their families. As well as editing professional texts, Janet has written several self-help books for people with eating disorders (Schmidt & Treasure, 1993; Treasure, 1997). Guided self-help using books such as these are recommended in the NICE guidelines as a first stage of treatment.

Also she has written a book for carers to share her expertise and understanding (Treasure J et al., 2007) This work is recognised internationally and treatment centres across the world are implementing this approach.

Prizes. She has several prizes for her work, Royal College Psychiatrist gold medal, NHS Innovation Award, MHRN awards for work with carers. In 2004, Janet Treasure was awarded the Academy for Eating Disorders’ Leadership Award for Research. In 2010 and in 2012 she was cited in the Sunday Times as one of the UK best known doctors. In 2014 she was awarded the Life time Achievement Award from the Academy of Eating Disorders and a second one from BEAT- the largest eating disorder charity in the UK

Supervision: Professor Treasure has supervised over 25 PhD students over her career. She has examined over 14 UK PhDs and 3 PhD from Australia and many MSc projects.

Publications and conferences: Professor Treasure is a regular speaker at national and international conferences. Professor Treasure has over 360 papers listed on Pub Med and has a citation index of 45. She has written or edited 8 academic books, and 3 self-help books. She has contributed many chapters to other books.

She is regularly interviewed by the media on eating disorders including Horizon, All in the Mind, Women’s Hour etc.