The Angelo Cocchi Award will be awarded every 2 years at the IEPA Biennial conference to an individual who has made a significant contribution to the study or implementation of fidelity to an evidence-based model of early intervention for youth and psychosis. 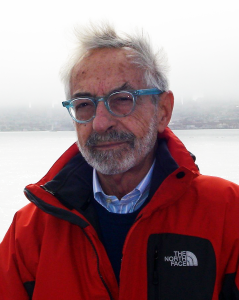 Angelo Cocchi (1939-2015) Angelo was born in Milan on 21 March 1939. He began his career as an academic researcher, however, when he was 34 years old he was appointed to the post of senior consultant psychiatrist at the Neuropsychiatric Hospital of Varese. At the time he was one of the youngest in Italy to hold such a post. After some years in Varese, then in Parabiago and Rho, he moved back to Milan. From the beginning Angelo was attracted to, and played a leadership role in, modernizing mental health care and to progressive movements. Angelo supported the famous and dramatic Italian psychiatric reform law of 1978, which led to the closure of all the traditional mental hospitals, and the opening of a new network of community mental health centres, linked to smaller inpatient facilities located within acute general hospitals. He also supported the development of community rehabilitation centres and cooperative societies of patients, which sought to empower and integrate them into society with real jobs and normal lives. In the 1990s, he founded and was president of the Association of Day Centres in Psychiatry. He also worked in drawing up and carrying out the mental health plan of the Lombardy Region. This focused on psychiatric rehabilitation, integration of health services, and was guided by epidemiological data and a population mental health perspective. This was a natural fit with the early intervention in psychosis reform agenda. Angelo continued to work as a clinical psychiatrist in a number of mental health services and joined the boards of several national scientific societies (such as SIEP: Italian Society of Psychiatric Epidemiology; SIRP: Italian Society of Psychosocial Rehabilitation).

His visionary status and appetite for reform is reflected in the fact that he was the first Italian to understand that the future of mental health care would require a completely new commitment to early intervention, which would in turn mean that young people would need to become a primary focus for mental health services. With the collaboration of Anna Meneghelli, he made contact with the emerging international field of early intervention in psychosis and, together with Anna, he has been a key leader there ever since. Together and with the support of other colleagues, they developed in Milan Programma 2000, a renowned multimodal programme for early psychosis (including at-risk mental states as well as first episode psychosis). This was the first such comprehensive programme in Italy and the only one following the evidence-based guidelines and the emerging clinical and scientific international experiences. Programma 2000 represented a milestone for the progress and dissemination of the early intervention perspective in Italy. It has catalysed and supported the spread of similar platforms of clinical research (e.g. GET UP, led by Mirella Ruggeri and colleagues) and has produced a number of key articles, manuals and training programmes, which have greatly influenced and strengthened Italian psychiatry. In 2005 Angelo founded the Italian Association for Early Intervention in Psychosis (AIPP), (now known as the Italian Association of Early Intervention and Prevention in Mental Health (www.aipp-italia.com). The AIPP became a special branch of SIP (Italian Society of Psychiatry) and organizes a biennale national conference and an annual scientific day which has invited many international speakers. In recent years Angelo had been strongly committed to the vision of another radical in stepwise reorganization of mental health services. As president of Early Intervention in Psychiatry AIPP he authored a document: ‘Early Intervention in Serious Mental Illness: An Unavoidable Future’, which foreshadowed an inevitable scenario in which mental health services are truly prevention oriented and youth focused.

Angelo’s sudden death resulted in a shock wave of sadness for his many friends and colleagues in Italy and around the world. The many tributes that were received reflect the reasons for this. He was a kind, charming, cultured and thoughtful person for whom so many felt great affection and trust. He possessed the warmth, serenity and wisdom seen in the great clinicians and leaders, and his generosity of spirit enabled him to collaborate effortlessly with others. These qualities are rare and precious, and help explain the profound local and international reaction to his passing. Our Italian colleagues have provided a wealth of examples of his talents not only as a clinician, researcher and visionary leader, but also as a wonderful and inspiring teacher and mentor. He will be long remembered and respected within the mental health field and especially by those who are never content with the status quo.

What is the Angelo Cocchi Award?

In honour and commemoration of the late Professor dott. Angelo Cocchi (1939-2015), a new award his been announced and will be presented at the 10th IEPA meeting in October 2016, in Professor Cocchi’s home city of Milan.
Angelo will be remembered for his pioneering work in partnership with Anna Meneghelli in leading the early intervention reform paradigm in Italy, and being a key member of the international leadership group which created and maintained momentum, produced scientific evidence and developed unique clinical expertise in support of this overdue reform. His sudden and untimely death has prevented him from being present to co-convene the 10th International Early Psychosis Conference in Milan in October 2016, however this will be an occasion on which the field will have the opportunity to pay posthumous tribute to his unique contribution.

After his death in 2015, the board of the IEPA wanted to acknowledge his contributions to the IEPA, and created the Angelo Cocchi Award to honour his contributions to the field of early intervention in psychosis. The Angelo Cocchi Award will be awarded every 2 years at the IEPA Biennial conference to an individual who has made a significant contribution to the study or implementation of fidelity to an evidence-based model of early intervention for youth and psychosis.