The Richard J. Wyatt Award is awarded every two years at the IEPA Biennial Conference. It is awarded to an individual who has made a remarkable contribution to the area of early intervention. 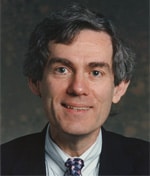 Richard Jed Wyatt (1937-2002) was one of the preeminent figures of his generation of biological psychiatrists. A clinician, neuroscientist, educator, and mentor to a generation of current leaders in schizophrenia research, Richard spent his career at the Intramural Research Program (IRP) of the National Institute of Mental Health (NIMH). His lifelong work on the course and roots of schizophrenia led him into research on sleep and imaging, mood disorders, psychopharmacology, biochemistry, neuroplasticity, tardive dyskinesia, Alzheimer’s disease, and brain grafts for Parkinson’s Disease. This and other work produced roughly 800 scientific publications and six books, and his many and varied contributions to the field of psychiatry were often seminal ones. Although we now take a biological basis for schizophrenia for granted, Richard was one of the early pioneers who championed this view and brought research on schizophrenia into the lab. He was the prototypical translational researcher.

Richard presided over a research portfolio that was as varied as it was innovative. For instance, his interest in the neuropharmacology of sleep led to the first report that monoamine oxidase inhibitors (MAOIs) suppressed REM sleep and could treat narcolepsy. He and his colleagues also developed a platelet assay for monoamine oxidase (MAO), which eventually led to one of the first replicated biologic correlates of schizophrenia; the finding of low platelet MAO activity in patients with schizophrenia was seen at the time as a turning point in schi