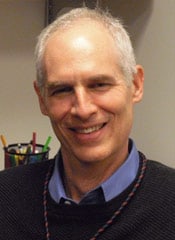 This award is in honor of Dr. Lawrence J. Seidman, an eminent neuropsychologist and Professor of Psychiatry at Harvard Medical School. Dr. Seidman passed away on September 7, 2017 at the age of 67. His initial work was in the area of temporal lobe epilepsy, and his life-long work was focused on cognitive deficits, which are a core aspect of schizophrenia, the course and outcome of these impairments, and on their genetic, developmental and neurobiological underpinnings. His work also spanned other neurodevelopmental disorders, including attention deficit disorder.

Dr. Seidman was a leader in the area of early intervention and prevention of serious mental illness. His work was instrumental in the development of innovative clinical services for early course psychotic disorder patients, as well as for those at clinical high risk for these illnesses in Massachusetts. He was an astute clinician, and a highly sought-after teacher and mentor. Scores of scientists and clinicians around the world owe their accomplishments to his tutelage. Many of his mentees are leading scientists, professors or department heads around the world.

What is the Larry J. Seidman Award for Outstanding Mentorship?

To recognize this special talent in others, and with the support of the Seidman family, the IEPA is establishing this new prize to be awarded for the first time during the IEPA 11 conference to be held October 7-10, 2018 in Boston, Massachusetts, USA.

Nominations from three IEPA members, at least one being a full professor or established clinician in early intervention, and one at an early career stage, should outline the case for the nominee in up to 500 words. Examples of the ways in which the nominee has enhanced and developed the careers of others through mentorship will strengthen the case.

Nominations will be judged by five members of the IEPA executive board and the winner announced during the conference in Boston.

Nominations must be received by 15th April 2018 by email attachment sent to and marked as LJ Seidman Award Nomination 2018 in the subject.

Are you a psychologist, counselor, social work...

We are offering the opportunity to submit a poster...
View All

News delivered to your inbox!

Donations are gratefully accepted to help support the registration efforts of people with lived experience in mental illness.  Click the button below to make a donation (no PayPal account required).